Judy Leighton, a pain and stress consultant,
developed a new stress-reduction and healing method in 1985 — the Sunshine Method.

In 1984, she became unable to walk, drive, write her name, or play the piano anymore because of
debilitating physical pain of an autoimmune disease with no known cure.

Through this healing method, Judy was able to quickly free herself
from horrifying flashbacks of fear and pain she had suffered nearly her whole life.

She was free of the flashbacks in ten days
and was healed from her illness after two more weeks.

Because the Sunshine Method addresses many fronts
all at the same time, this can aid you to more quickly recognize
and release yourself from interwoven mental and emotional traps  —
those “binds” that can keep you stuck in inner and outer conflicts.

This method also aids you in more quickly accepting
you are 100-percent valuable (healthy self-worth)
because you have the gift of life
and helps you to rapidly release and remove
fear, pain, and guilt, etc. from your memories.

Then you can more easily be whole and make healthy and wise choices.

As a guest consultant, Judy has demonstrated the method
at medical centers.  She has presented weekly public seminars
at a psychiatric hospital, at churches and senior centers.
She also has conducted private sessions.

Dr. David A. Baron, psychiatrist, MSEd, DO, DLFAPA, DFACN,
made it possible for Judy to be a guest consultant in medical
treatment centers. Since 1987, he has given continuous support
and valuable suggestions as a consultant. He also wrote the
introductions for two of Judy Leighton’s books.

Dr. Baron was the deputy director of the National Institute of Mental Health
in Bethesda, Maryland; medical director and psychiatrist-in-chief
of Kirkbride Center in Philadelphia, Pennsylvania; and chief of psychiatry,
Keck Hospital, University of Southern California, Los Angeles.

Judy Leighton’s method has benefited a wide variety of young people
and adults through pain and stress relief (such as those with cancer,
various other chronic diseases, PTSD, abuse, panic attacks, eating disorders,
addictions, and learning disabilities and those who have
attempted suicide). The method also benefits those with the
problems and stress of everyday life and may also benefit
those who have just been charging their way through life.

This simple-to-apply method was given to her by the Holy Spirit.
This astoundingly powerful healing method includes
using a self-evaluation form and Self-worth Exercise worksheet
to quickly see and release your mental and emotional traps.
The method also includes silently repeating
patterns of connected thoughts and feelings
that address many issues at once and
assist people in feeling safe enough to think more clearly
in order to make healthy and wise choices
and follow through on them.
Her Relaxation Exercise CDs are recordings of these messages.

Judy has written three books. Her first book was A Path to Light:
How to Not Not Make Healthy Choices in 2000 (revised in 2017),
followed by Whispers in the Wilderness: Finding Treasures of the Heart
in 2002 (revised in 2017). Her third book, Journey into Light:
Experience the Sunshine Method, was published in 2017. 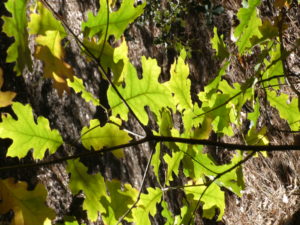 In April 1989, Judy Leighton fulfilled her dream
of performing as solo pianist with a symphony orchestra and choirs.
Here she receives applause after performing a benefit concert
with the Los Angeles Doctors Symphony (conducted by Joel Lish)
and five interfaith choirs, performing Beethoven’s “Choral Fantasy.”