Recent Testimonial — Seven months after one powerful session with me a client wrote: “I think what you do is amazing and want people to know!
“One of the most important lessons that I have learned through working with Judy is that God TRULY loves me. While I intellectually understood that concept for years, I emotionally integrated it, and I felt a sense of deep love, purpose, and acceptance for myself. At the time I was going through a difficult time with some of my interpersonal relationships, and it was through her guided meditation that I found acceptance and healing. Needless to say, I have had many “aha” moments or rather light bulbs went on lighting an entire city block!”

Recent Testimonial — A few months after I met with this client for one session, she wrote,  “I’d consciously been letting go of so many things, relationships, and situations that’d shaped the first forty years of my life, but even as I moved forward into forty-two, something was still dragging me down and I really was having such a hard time pinpointing it on my own.
“Despite studying Jung’s work and going to therapy with various family members off and on throughout the years, I still felt resistance.
“Judy was a great listener and asked many puzzling (at first) questions, but that all helped calm me down and got me into a reflective-and-meditative-enough state that we located a very specific type of grudge that I didn’t realize I’d been holding on to for so long.
“Leaving the session, I literally felt lighter and wondered what would come of it. Just a few days later, I reconnected with some of the most inspirational people in my life and was told a story by a colleague that absolutely solidified why letting that grudge go was already starting to open new doors of opportunity and growth for me.
“I’m forever grateful to Judy for helping me get past that mental block!”

Testimonial from Journey into Light — I worked with a woman in her late fifties who had been suffering from panic attacks and severe unexplained stomach pains for the past year. After attending my public seminars, she found her inner peace: “I was unprepared for the bonuses I received from Judy’s unique method to letting go of fear, pain, guilt, and anger. I developed a healthy self-esteem for the first time in my life.”
She later wrote: “In 1993, I and my husband experienced the big Northridge earthquake and remained relatively calm.” Testimonial from Journey into Light — A man came to my public seminars who had attempted suicide after his only son had been killed by gangs: “In the first week, I experienced that Judy’s method was different and working for me. I had feelings of well-being, joyfulness, and independence that I had not experienced in years.”
“At her weekly seminars, I found myself more sure of myself, more dynamic and unsatisfied with my previous condition.”
“Playing your cassette tape relaxes me. It seems like having an ol’ friend at my fingertips.” Testimonial from Journey into Light — I worked with a woman with cancer who later wrote me: “Nearly five years ago, I was diagnosed as having breast cancer. Medically, I had a lumpectomy and radiation, and spiritually I set myself upon a path to harmonize my relationships with God, with myself, and with others.
“It seemed to be going along splendidly, and I never imagined that the cancer would reappear.
“Two years later, a large tumor was detected in my lung. This time I opted for an alternative treatment. I also made modifications in my diet and, of course, continued with my spiritual practices.
“The response was perfect. I resumed my work and normal activities, again believing that I’d seen the last of cancer.
“Nine months after I’d completed treatments, another large tumor was found in the same lung.
“I continued with the same treatments that I’d found to be successful the last time around and added a few adjunctive treatments, one of which is Judy’s method and cassette tape.
“If I’d previously been operating with hidden motives for creating cancer, I am certain that Judy helped me to root them out. Time will tell about the cancer, but Judy has given me a valuable tool that will help me in any case, and she has been very loving, kind, and supportive through my trial.”
Nine years later In September 2000, she wrote: “I have recent medical confirmation that I am still cancer-free and doing well.”

Testimonial from Journey into Light — I met regularly with “Lorraine,” a woman in her early seventies who had received radiation treatment for acne as a teenager and now had no nose because of this. She also had cancer of the parotid gland in her jaw area, among other challenges.
After Lorraine died, her daughter wrote: “Of all the people who helped Mom the most in her last few months of life, you were most helpful. Her affirmations of health and regular listening to your [relaxation exercise] gave her the strength to help me and us clear out many things and the joy of giving her most precious belongings to those she loved. We had a wonderful quality summer time together.”

Testimonial from Journey into Light — I worked with “Eileen,” a woman in her early fifties who was facing the unwelcome prospect of a heart-lung transplant. She ended up not needing one and lived another 17 years after working with me: “I have such faith in you and the work you are doing. I know you are divinely guided.”
“I am really enjoying my life now more than ever.”
“I am still following the prescription of balancing my time each day. I work on a project for approximately an hour and then rest. I am feeling the best I have felt in years.” Testimonial from A Path to Light — “Lily,” a woman who had tried to commit suicide, came to my public seminars: “I no longer plan on a better way to do myself in and no longer watch for the opportunity.”

“I receive and give a lot of grace, compassion, love, and peace to myself and others—a lot of safety thoughts. The ‘bind’ I was in had almost ended my life-drive. I wanted to return the gift of life and get a refund—to gamble on heaven because life on earth had been hell.”
“Judy’s method is working for me. I am letting go of pain. This frees me to grab hold of life.”
“All the training that I had taken could not stop my life from skidding out of control.
“Through Judy’s method, I am able to go through new constructive doors and let go of the closed doors.
“I am able to receive and give love where I find it.
“I’ve forgiven my mother and have let go of the pain of her harm.
“Even my ex-husband has now admitted his faults and said he is sorry for the pain he gave me.
“Even more important, I’ve forgiven myself for not being perfect.
“Grace and compassion have entered my life.” 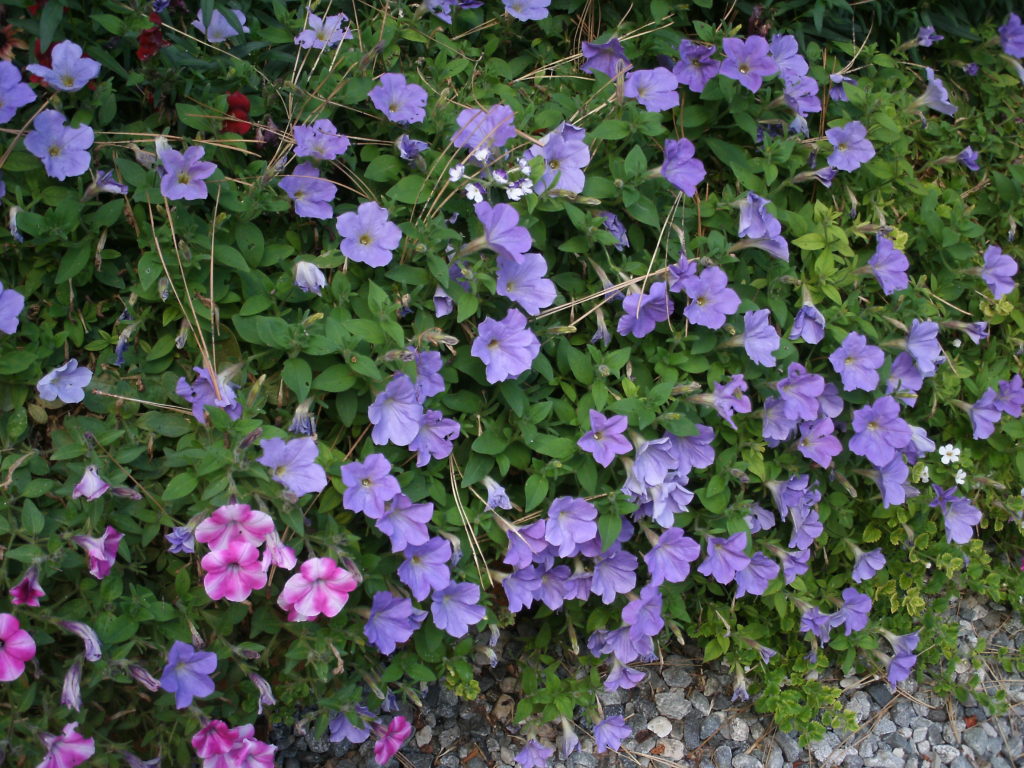 Testimonial from A Path to Light — A woman with what she called “years of negative programming” concerning herself and who had suffered breast cancer for 14 years came to my public seminars: “I am healthy as can be, energetic, productive, and I owe much of my well-being to the work you’ve done with me.
“I know now there is a way to do all that I want to with ease—without working against myself and keeping myself in a lot of self-inflicted pain. …
“God bless you and your work, Judy.
“The world desperately needs your work, and I pray that you will reach millions of people very soon.” Testimonial from Journey into Light — I corresponded by mail with “Timothy,” a man in prison. He wrote to me about some of his challenges: “One of the most difficult things for me to deal with is that almost all of the things I was taught to believe in are either lies or fabrications.”
He said he found that he “really never understood what [he] thought [he] knew in the first place” and had to “rethink everything and reevaluate who” he was, believes in, and trusts. “It has given me many days and nights of frustration, despair, and hopelessness.”
After learning my method by mail, he wrote from prison: “I actively practice giving love, peace, and compassion and know that I am safe from hurting myself and others.”
In a thank-you letter to me, he wrote: “I wanted to take the opportunity to thank you for your time and dedication in helping me through a very difficult period of my life.”
“Not only did I have to deal with the emotional trauma” but also “extreme depression, introversion, and pessimism—so much so that I many times thought that it would be better to be dead.”
“Through my correspondence with you and the methods of your program, I have been able to step back from the circumstances which surround me and gain a perspective I did not know existed.
“Through the teachings of your method, I have become more serene, accepting, and hopeful about myself and others. I can now look forward with enthusiasm to the future I once wished would never come.
“I have learned to allow life to unfold without fear and anxiety and have found that others respond in kind.”
“I am deeply grateful to you for your patience, dedication, love, and kindness. The countless hours you unselfishly gave for my benefit have made such a dramatic difference in my life. And you did not even know me, either.”
“Your method offers hope and encouragement to all that it reaches.”

Testimonial from Journey into Light — A teacher wrote me in June 1994 about the peace in her classroom: “I am a teacher who will retire in a couple of years. At the beginning of my four sessions with Judy, I felt particularly low in self-worth and ineffectual as an elementary school teacher because of having ongoing difficulties with my students who are behavior disordered, as well as learning disabled. I felt considerable distress because I could not control the outcomes of my relationships with my students.
“Judy’s stress-reduction method includes the idea that it is safe to give myself grace, compassion, love, and peace, and that I would be able to offer this to my students as well.
“The day after the first session, I made two signs [with messages from Judy’s method].
“I taped the two signs to a closet door in full view of the students.
“Someone asked me, ‘What are they for?’ I explained, ‘They mean that I can show kindness, love, and peace to myself and all of you and that you can do the same.’
“There was no further comment about the signs. The following weeks with my students were exceptionally peaceful. The children were almost 100-percent cooperative in every way, and we were able to conclude the school year peacefully and pleasantly.
“I firmly believe in Judy’s approach. It is gentle; it affords a sense of the ‘safeness’ of a new way to perceive problems in one’s life, which allows those problems to vanish.
“Judy’s method is astonishingly effective. I am everlastingly grateful for having had Judy’s caring method.”